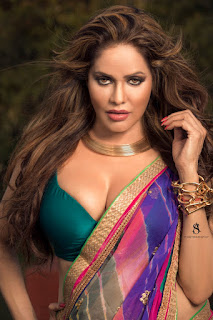 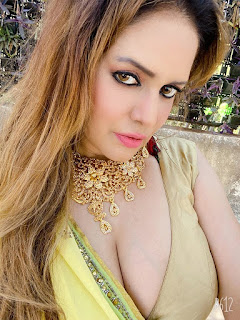 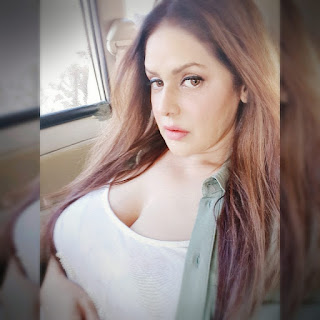 Unfortunately, if not for the coronavirus triggered lockdown; which put a spanner in the movements of everyone including Poonam Jhawer, who was readying herself for an interesting mega web series. Being a firm believer in ‘everything happens for a reason’, the model-actress-producer-activist-entrepreneur-socialist-philanthropist with large fan followers on Instagram and Facebook, used the downtime to acquire new skills. Infact we can call her social media star, she says

“I have been practicing yoga. Being an ardent fan of model-actress-socialist Mallika Arora, I acquired and practiced her few yoga tips to keep me mentally fit and physically healthy. This will be a add-on and surely be a blessing in disguise in my endeavor. I also worked on voice modulations too, as I would like to change my voice as per the role,” she informs.

The actress who has been adjusting with her usual daily routines and schedules to the lockdown since last March-end is unperturbed. “Observing the reality and taking different expressions of creativity has the power to enrich our lives. Being at home adding that her culinary delights and cooking skills have been a savior. “After my regular work-out and being a foodie at heart, I managed to cook something exciting but managing a combination of health and taste together.”

Speaking about the fresh lockdown and guidelines imposed in the state, she responds saying, “Despite the Union ministers’ guidelines, many chief ministers fail to see the larger picture. Everyone is experience the massive economic damages. Instead of debating the pros and cons, many parts of the country remain under lockdown imposed by their respective governments.”

All those who are associated with Poonam Jhawer says she is good at whatever she does and yes this talented lass is going to be noticed in a big way. Poonam Jhawer never fails to surprise all of us and keeps on sharing with her fans and followers when she starts doing something new. She has also managed to hear a great number of scripts. Poonam Jhawer says, “There is couple of projects streamlined as an actress which are in negotiations and to be signed on the dotted lines. One is a coming-of-age drama topped with slap-stick comedy; while the other one is voluptuous and sensual...”

The Oomph girl who started her career as a fashion model for brands like “Killer Jeans”, “Paaneri Sarees”, amongst others even featured on the cover of “Debonair” magazine and music videos. Having made her film debut with Mohra, followed by Aanch and thereon to OMG: Oh My God!, etc., she had the opportunity to display her acting histrionics with different roles. She knows and understands the pulse of social media has bright ideas up her sleeves. “We are still in a society which is starved of open conversations about sexuality, pleasure and health,” chips in the actress. “As an activist and social reformer we need to highlight social ethics, civic sense, basic necessities and all those requisite perks necessary for a mankind, “ she selflessly adds.

It’s just not only work for the model-actress… She is known to attend political rallies and is affiliated to many NGOs to champion the right to quality education for the young girls in rural India too. The actress too is interacting with several young girls from across the country and understanding their aspirations and guiding them in the right direction. She is currently identifying villages where gender discrimination is at its worst. She asserts that bridging the gender and literacy gap is of utmost importance.