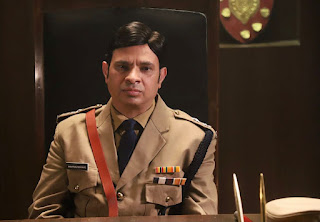 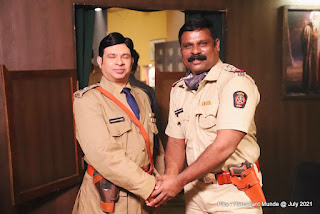 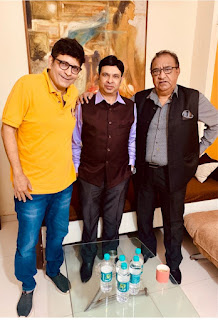 Shantanu Bhamare who is a veteran Software Professional has been an old friend of Producer Director Rajeev Chaudhari (‘Beiimaan Love’ fame which starred Sunny Leone), Rajeev and Shantanu became friends in San Francisco, USA in one of the Global Congress event, since then, they are in regular touch and  have been discussing Bollywood affairs.

One fine day Rajeev was sharing about his upcoming Hindi Feature Film called RED on phone, Shantanu got excited about the story and decided to meet Rajeev in Mumbai. Rajeev narrated the story of RED in detail along with Director Ashok Taygi. On-the-spot Shantanu agreed to sign deal and joined RED Team (RED - the feature film starring Krushna Abhishek, Payal Ghosh, Kamlesh Sawant & Shakti Kapoor) as a Co-Producer and an Actor.

Shantanu Bhamare has performed the role of a Jailer, in this film RED, who helps Kamlesh Sawant ('Drishyam' fame) who plays a cop in RED. This significant role of a Jailer is portrayed by Shantanu is coming up as highlight of the film - RED. Shantanu, being a stage & theater artist was able to enact this powerful role of a jailer in front of veteran actor Kamlesh Sawant without any retake.

Actor Kamlesh Sawant is all praises for Shantanu's work as jailer in film RED! Shantanu asserts that he will continue to be Co-Producer as well as actor and Shantanu desires to work with his friend Rajeev Chaudhari in his future film projects too because of great understanding, positive vibration and unity between them.

RED is a Musical, Romantic Suspense & Thriller for 2022!