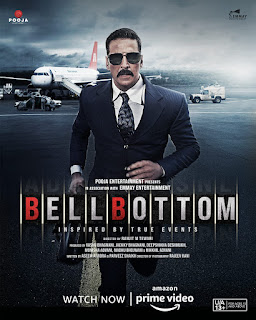 After unlocking theatres and ruling the box-office, the Pooja Entertainment biggie has premiered on Amazon Prime Video on September 16!

On August 19, 2021, when Pooja Entertainment's ‘Bellbottom’ was released in theatres, there were misgivings about how well the film would do considering no big-budget entertainer had been screened in cinemas in a long while. Defying all cynicism, the Akshay Kumar entertainer went on to unlock theatres, and garnered not just great critical acclaim but also won massive love from the fans who lined up in droves to watch the thriller on the big screen.

Despite the absence of major revenue earners like Maharashtra and theatres opening only at 50 percent capacity, 'Bellbottom' is still running successfully in cinemas.

On September 16, the Pooja Entertainment biggie has also premiered on Amazon Prime Video and early reports say that the film is all set to smash viewership records even in the OTT space.