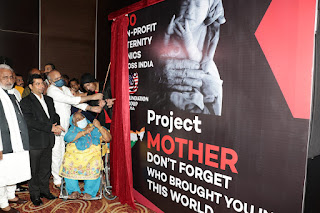 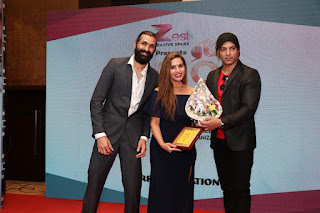 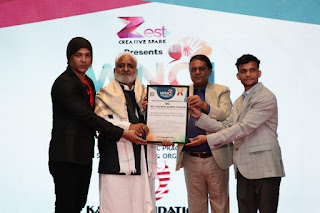 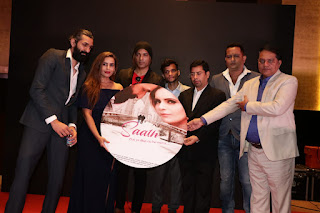 A grand ceremony of Zest in Presents "World Noble Cause Initiation (WNCI)" was organized at Sahara Star Hotel, Mumbai where "Project Mother" was launched by Kare Foundation Group (USA) of Farukh Khan. A lot of human service in the covid period. Farukh Khan, who has started this unique initiative and announced the opening of 100 such Mother Care Centers. He said that in many backward areas of the country, pregnant women still do not get immediate and better medical facilities. Many times it happens that a woman who carries a child in her womb for 9 months is not able to see him alive. That he would open 100 maternity centers across the country.This mother project was inaugurated by Farukh Khan himself in the presence of his parents.

Farukh Khan further informed that with the support of Manish Bhai, the first center of this Mother Project is opening in Panvel on 18th October.

A music video "Saath" under the banner of New York Gang Production was also launched on the occasion with the tagline "Hai Yeh Dua Tu Ho Mera". Farukh Khan has Directed and Produced this lovely music video. He said that "Saath" is not just a music video, but it gives a great message that if someone has corona, do not leave him alone, serve him, that patient will be healthy. Many elders got separated from us because we left them alone and neglected. This music video stars Joshua Lihla and Jyoti Mahajan., Who’s is also the board member of Kare Foundation Group.

Farukh Khan said that Rashid Khan has composed this song which is sung by Mohammad Irfan. Joshua working in this is a handicapped person but our F Music Company has decided to give a chance to those talents who are disabled helpless and neglected by the industry. Joshua thanked Farukh Khan and said that the way Farukh Khan and his Kare Foundation Group have provided food and drink to the people in America in the time of COVID pandemic, it is an unmatched work. He has set an example of human service.

Farukh Khan donated food gift boxes to more than 500 families on the occasion of Christmas on 22 December 2020 with The Honorable Mayor of Houston Mr Sylvester Turner to help all the needy families. In view of all these social works he had done in the course of covid pandemic as Humanitarian, Honorable Mayor of Houston announced The Proclamation “December 22 declared To be celebrated as “Farukh Khan Day" in America, which is a big achievement in itself. Through Kare Foundation, he helped people affected by covid and made a music video called "Saath".

Everyone present at the grand event in Mumbai saluted the spirit of Farukh Khan. It is in the nature of Farukh Khan to live for others and to serve human beings selflessly.

After doing public service in America, now in India too, Farukh Khan has pledged to help as many the people he can with his Foundation. He said our Parents are everything in this world who’s has brought us in this world and they goes under lots of pain and suffering to raise us it our duty to stand by them each and every second and never leave thier sight under any circumstances. When he started talking about his mother on stage, he became very emotional and his eyes became moist as he shared his upbringing in poverty and what tough life his parents went through to raise him and how he lost his older brother due to lack of treatment and money caused his mother to lost unborn child. Witness in his own life how mother are losing baby due to treatment Farukh khan mentioned that his Foundation will open with 100 maternity homes across India where maternity homes are not available to save mothers and baby lifes. In Panvel will be our first Maternity Home will open soon.

National President of NCP Minority Shabbir Ahmed Vidrohi said that the award being given on this platform is being given to those who do good for the society. Today there is a shortage of human beings in the country but there are great people like Farukh Khan who know how to serve humanity. If Farukh Khan is taking the blessings of his parents, then these prayers will save him from all evils.

Ramesh tripathi advocate, Shabir Ahmed Vidrohi, Sanjay Bansode Advocate, Dilshad Khan (editor Mumbai Halchal), actor Rajkumar Kannojiya and many social Worker were present at this function said that today I saw the courage and passion in the heart of Farukh Khan to help others, it is amazing. Only a person can become a saint who wants the welfare of others. Farukh Khan has done human service like Swami Vivekananda during covid and lock down. By doing such work in America, he brought laurels to his parents and the name of his country. He has announced 100 Mother Project which is a big achievement. Salute to his parents, who gave a son like Farukh Khan.