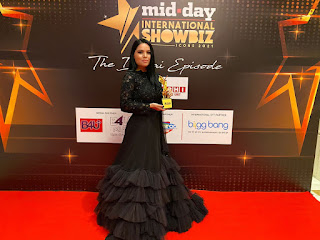 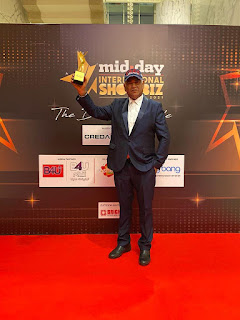 Producer and director Kumar Raj is on a roll, winning nonstop awards and this time, he was felicitated with Midday's Best Directors' International Showbiz Icons Award for year 2021 in Dubai”. Lead actress, Rekha Rana also received Middays Best Actress International Showbiz Icons Award for feature film “Tara -The journey of love and passion". The Award function was held at Dubai. The awards were handed over by actor Vivek Oberoi, actress Daisy Shah, senior management of Midday & members of Royal family in Dubai .

Film Tara which is written by Dr Prof Kishan Pawar has become one of the most publicly praised films by receiving its world record breaker 236 international  awards and 336 official film festival selections world wide.

While speaking about yet another achievement director Kumar Raj adds, “Receiving an award is really an honor for me as this induces me to put in more efforts and give the best to my audience. It doesn’t matter how many times you win an award, it is always very special. This award means a lot to me as it was given in presence of the entire film fraternity”.

Speaking about his upcoming film, Kumar Raj says, “The pandemic has introduced a lot of changes in our lives, due to the lockdown phase our lives had halted but it cannot stop the creative thinking of an artist. My upcoming film “Ameena” is fully ready for release as soon we see cinema halls attract audience and ready to accept new film releases. Ameena film will also feature lead actress Rekha Rana and Utkarsh Kohli. Fans have been eagerly waiting for this film to release and have high expectations from the film. It is surely going to be loved by the audience.”