Digital India is full of artists, it is my duty to take them forward: Casting Director Noor Siddiqui 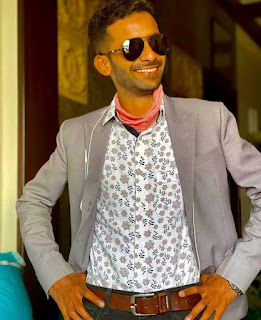 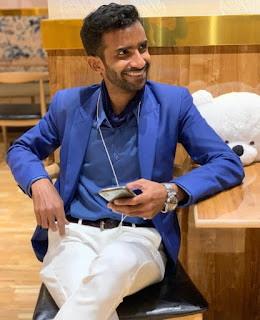 In today's digital era, when many people have made their mark by making short videos, but everyone wants that they get a chance to appear on big camera and big screen sometime. Casting director Noor Siddiqui, who is called the messiah of many such mobile screen actors, has made a mark in the industry by playing an important role.

Short video apps have given a chance to many young people to show their skills, in every city some young artist is famous and has a different identity. Nowadays, according to the fan base, work is being given in the film industry, this argument is often made by the struggling artists who come to Mumbai. According to Noor Siddiqui, it is not that those who have more followers should get work, there are many people who have millions of followers, still no work. Noor further explained, “Usually when we open Instagram or any short video app, then many people share their art in front of you. Many of them have millions of followers, there is a different fan group like the superstars of Bollywood. It is very difficult for producers to recover money from music videos, so everyone's demand is to include those who have more followers in the video, so the casting director's job is to identify the right artist out of so many talented people. Which is very difficult. We have to create a balance with the skills and followers, only then the project can progress.”

Music video is the first option for everyone to make their mark, then the artist gets further work according to his camera facing and his acting. Nowadays music videos often have influencers making short videos. Casting director Noor Siddiqui is in a lot of discussion these days as her 5 music videos were released in the month of August which garnered many views and added to the heat list. Noor Siddiqui recently cast social media influencers Hasnain Khan and Sana Khan for singer Shel Oswal's music video "Gallan Teri". In which people liked the performance of both the actors very much. Apart from this, he cast actors Bhavin Bhanushali and Vaishnavi Rao for the song “Khuda Ke Baad” by Indian Idol fame singer Salman Ali, this song also got the love of millions of viewers. Similarly, Noor cast Archana Prajapati, social media influencers Aamir Arab and Sameer Mark for singer Raj Burman's song "Mohabbat waste". At the same time, he cast Rishabh Agarwal and Aakriti Agarwal for the song "Batti Gul". Apart from this Noor cast Instagram stars Zubin Shah, Aamir Arab, Vaishnavi Rao in the song "Tujhse Juda Dil".

Earlier, Noor Siddiqui did the casting for last year's film "Gul Makai" in which TV actress Reem Sameer Shaikh played the role of Nobel Peace Prize laureate Malala Yousafzai. Actress Divya Dutta and Atul Kulkarni also appeared in this film. Noor Siddiqui, however, has made it clear that he doesn't do casting just by looking at his followers, he recognizes him in many actors who do justice to the character. The changing circumstances have changed the functioning of the film industry, there are many platforms for the actors to showcase their talent. Noor added, “Digital India is full of artists and it is my duty to take them forward.”