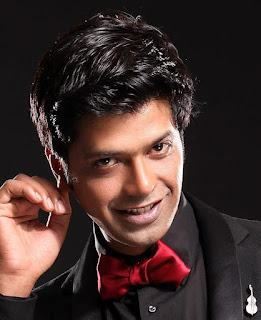 India : In the era of ideologically conflicting philosophies and dynamically revamping democratic space, Nalin Singh, brings to the audience a period film, ‘The Protocol’, which highlights the clash of ideologies between the two world-renowned leaders- Mahatma Gandhi and Adolf Hitler. Actor, Co-Producer, Script Writer and Director Nalin Singh has made some renowned films like My Virgin Diary, Indradhanush, Gandhi to Hitler and A Night Before The Surgical Strike, that have been widely liked and appreciated both by the audience and the industry critics. His new project, The Protocol is a 25-minute short film, set to release in mid-December on OTT platforms and film festivals, and has already gathered huge limelight owing to the storyline which revolves around the clash of ideologies between Mahatma Gandhi and Hitler.

The film is subjected to Indian audiences and their conflict on ideologies around Mahatma Gandhi. The story revolves around two main characters i.e., Mahatma Gandhi and Hitler, and shows how both ruled a part of the world through different ideologies and ways of governance. Highlighting the life of Hitler, the story shows how in his last days he married Eva Braun and leaves a testimonial for others to read, scripted in a letter. The film talks about the conflicting philosophies that the two powerful men in the world lived with. While Gandhi Ji had the power of the mind, Hitler had the power of guns.

The story portrays the current socio-political scenario which is even today divided between the two philosophies. While some like Gandhi Ji believe in Ahimsa, the others like Hitler believe in an Eye for an eye. While Gandhi Ji believed in the transformation of the mind, Hitler on the other hand believed in killing the mind. It further talks about the post-independence era where Mahatma Gandhi came to be known as the Father of the Nation, owing to the love and devotion of the people towards him.

These contradicting views are narrated in a podcast by an anchor who puts through the visual storyline for the audience. The film will be an unbiased view of world history and the era that transformed world politics.

Speaking on the social messaging in the film, Nalin adds, “The film is a conscious effort to uplift the democratic principles across the world, thereby focusing on the dream of Akhand Bharat which can only be achieved through harmony and respect for our history and the freedom fighters. India is a multicultural country and has a very diverse religious ideology, and it was through the efforts of our freedom fighters that we could establish the dream of a democratic constitution. With this view, we must propagate the same through the medium of art amongst the world audience. This film is an attempt towards the beginning of a change.”