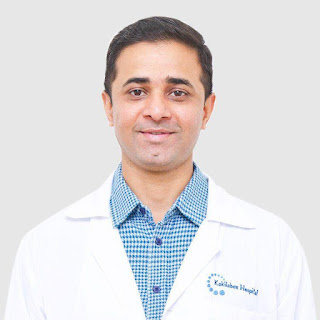 Mumbai: Stroke is the second leading cause of death worldwide, with a 16 million incidence.1India contributes to approximately 1.8 million new cases every year to the global tally.2 Stroke is a major cause of mortality and morbidity in India. Around 0.69 million people die of stroke every year in India.3 Dr. Manish Shrivastava, Head – Interventional neuroradiology, Kokilaben Dhirubhai Ambani hospital, Mumbai, said, “Stroke burden has increased continuously in past few years. Stroke does not only affect the patient but the entire family due to the loss of healthy years. As per studies every year, approximately, 116 million years of healthy life is lost due to stroke-related deaths and disability4.”

Explaining on a case, Dr. Shrivastava said, “           While playing badminton, a 29 year old boy had a sudden onset of neck pain which was followed by partial loss of vision. He was taken to the hospital immediately and an MRI scan of brain was performed. This confirmed stroke due to blockage in the main blood vessel (Basillar artery) supplying blood to the most important areas of the brain (brain stem). Following MRI there was a deterioration in his consciousness levels, and he became unconscious.. As soon as the patient reached Hospital, an emergency endovascular surgery (Mechanical thrombectomy) was performed and the artery was opened. Patient made progressive recovery over subsequent week and was completely normal. After a couple of weeks, he was treated by deploying a flow divertor in the dissected segment of the artery to prevent recurrent stroke. He is leading a normal life since then.”

Lifestyle habits like smoking, excessive drinking, consumption of drugs like cocaine, and low physical activity are known to increase the risk of having a stroke. People with comorbidities such as hypertension, heart conditions, obesity, family history also qualify to the high-risk group and must monitor their health closely. Being an emergency, stroke patients need treatment in the initial hours for complete recovery. Delay in treatment often results in irreversible damage and sometimes loss of life.

“It is very important that people are aware of symptoms of stroke due to very small treatment window. The sooner a patient receives treatment better is the prognosis. If any person in the high-risk group faces difficulty in speech, understanding, moving arms and legs then they should immediately seek medical attention. Sometimes, symptoms may disappear on their own in the case of transient Ischemic attack, therefore even if symptoms go away, the patient should be rushed to hospital for detailed examination,” added Dr. Manish.

With a very small treatment window of 4.5 hours through clot dissolving drug, multiple efforts have been made to search for newer techniques with wider treatment windows and better outcomes to treat the adverse effects of stroke. Mechanical thrombectomy has become a preferred treatment over the past few years for the treatment of large clots that causes acute ischemic stroke.