After making a mark at Cannes Film Festival, San 84 Justice to release in theatres pre-Diwali 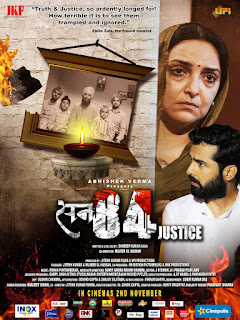 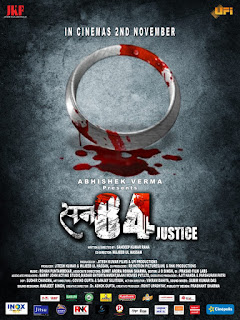 Sandeep Kumar Rana's bilingual directorial film San 84 Justice is a film that revolves around the lives of Sikh families that were harassed after the assassination of former Prime Minister Lt Indira Gandhi in 1984. The poster of the film was unveiled at the prestigious Cannes Film Festival in 2019. The film was well received by the international audience and now, it is all set to release in theatres in India.

Producers Jitesh Kumar and Mujeeb Ul Hassan shared their excitement on the development and said, "We are extremely elated that our film will be finally watched by our Indian audience in theatres. Our country has several important stories to be told and some great talent. We look forward to the response San 84 Justice will receive from the audience."

San 84 Justice is a 78-minute-long Hindi-Punjabi film narrating the story of a family that sells rice for their living. Gurfateh Singh, a father of 3 sons along with his brother and wife, belongs to a lower middle-class family, where they all work and live together. Since Gurfateh Singh is not able to get sufficient income through his business, the family tries to earn some extra income from side hustle. One of his friends suggests him to mix tiny pebbles in the rice and wheat grains, but Gurfateh, an honest man refuses to do it.

Meanwhile Indira Gandhi is assassinated by Sikh security force. This news proves to be a threat to Sikh families as the communal people create chaos by taking the advantage of this incident. This leads to violence in the town and several Sikh families including small children were killed and women, widowed. The incident turns into a war-like situation in the Golden Temple in which several Sikhs suffered, thousands of them lost their lives and many families were destroyed.

Interestingly, San 84 Justice is releasing in the Diwali week, just days before Rajinikanth’s Annaatthe, Akshay Kumar’s Sooryavanshi and Marvel’s Eternals. So it will be a week full of entertainment for the Indian audience.